My name is Elvedina Alić, I am an activist from Konjic, a small local community full of great challenges for activists.

Women’s activism is incurable love, struggle, passion and suffering. What is important, one shall not die of it, but the fight lasts a long, long time. Rebellious women are particularly susceptible to these serious diseases.

And it’s not easy when, along with all the symptoms of female activism, you get the coronavirus along the way and when you are placed in isolation ward with moderate clinical presentation in a small local community affected by Covid 19 and the defective system of Bosnia and Herzegovina.

That’s exactly what happened to me. Unexpectedly, just as road services don’t expect snow in the winter months.

That evening, on Friday, November 13, 2020, they took me to the isolation ward. Cold motel on the outskirts of a town in a dimly lit area, right by the Neretva. This incredible building was popularly called “Purgatory” because patients with extremely severe clinical picture were referred to Mostar, recovered went to their homes, and many of them ended their earthly pilgrimage in this building.

It is sad that the old motel was used as an improvised Covid hospital. The pandemic wiped out all the former gigs, weddings and many beautiful memories, creating terribly difficult memories for those who had the misfortune to be patients of this isolation ward.

Bilateral pneumonia, with shortness of breath, extremely risky group, with fever, after six hours of diagnostic tests and without drinking a drop of water, I enter the freezing cold room of the isolation ward. The infusion that enters my body is also cold. I can feel it.

It is night and I am huddled in a jacket because my room has no heating. I am hungry and thirsty.

Every day, at 2 p.m., bedridden patients are given lunch and a can of cold meat or sardine that they leave for dinner. Everyone who is hospitalized after 2 p.m. gets nothing to refresh. 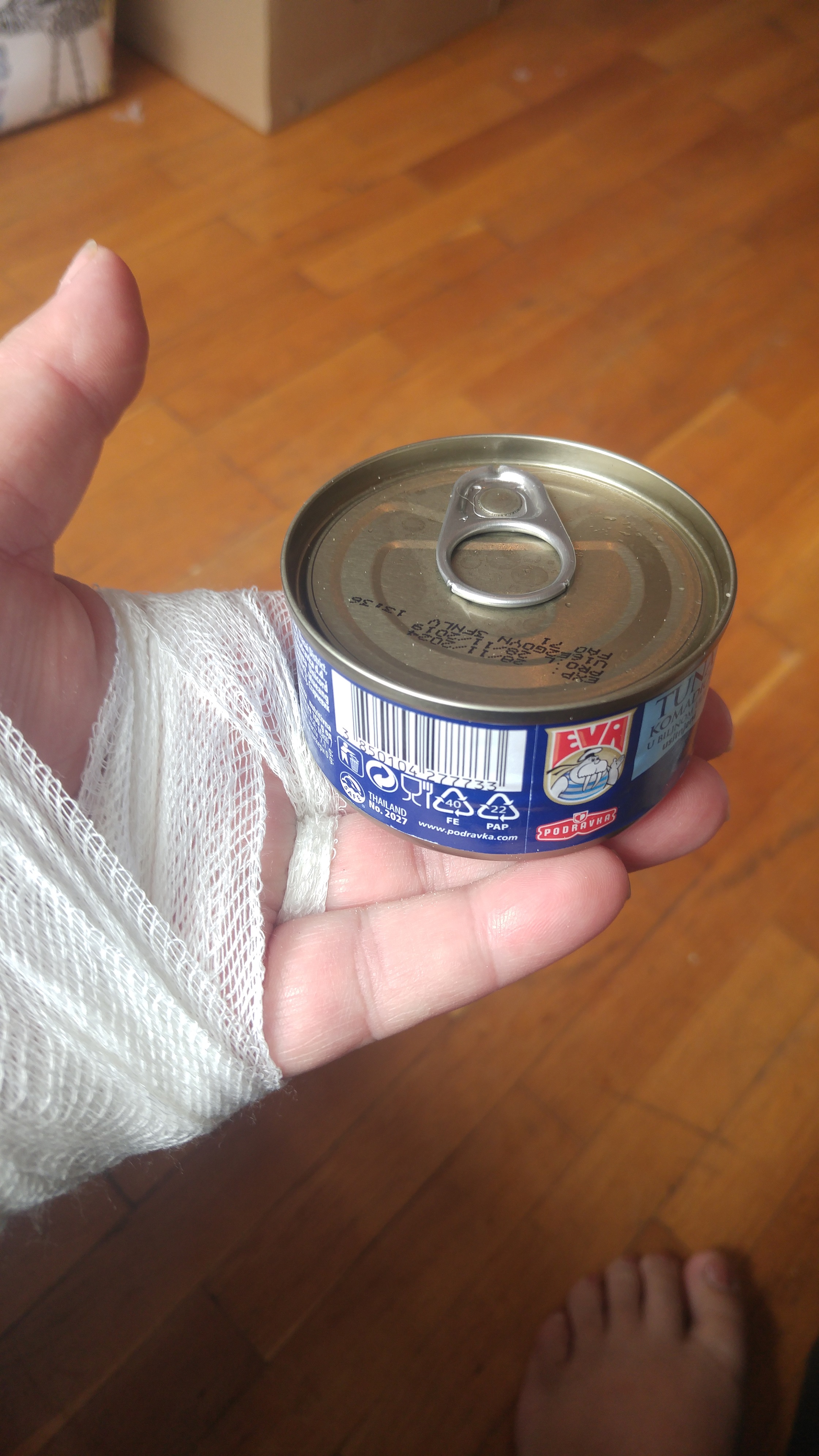 I have 3 juices in my bag, but they are so icy that I can’t drink them. The cough gets worse. Everything is getting worse, except for the revolt inside me that is just flourishing. At least the activist in me is fit as a fiddle.

I agree to a double role – let Dina be treated, let the activist start a revolution. They both fell asleep. They will be calm, one out of fear, the other out of happiness because she will look for better conditions for all patients. And the countdown to 12 long days in isolation ward began.

The only weapon I had was some giga internet and a profile on FB.

And I started writing to people. Honestly. That I was cold and that I was hungry and thirsty. It is the defeat of civilization in this 21st century. And the most inhumane way to show a patient, who is afraid to enter these walls that you have taken care of him/her and that he/she is safe and attentive.

In the morning I asked people to look in the closets and if they have old blankets to wash and bring them. I do it without anyone’s permission. This was done by an activist in me who deliberately defies the headquarters of all the world’s crisis situations. That same afternoon, the smell of the freshener spread through the isolation ward. Blankets and pillows were delivered and a small makeshift warehouse was filled. Heaters have been brought for rooms that do not have heating. Contrary to all the codes, for which I do not know who wrote them, I get up and visit all the patients. I enter every room. All I saw was fear in the eyes of the people lying on the beds. And the indescribable confusion when they saw me, because so far only uniformed medics have entered their rooms, on whom nothing can be seen except the eyes under blurred visors. I laugh, I cheer them on. “None of us will die,” I said. At the time, I did not know that of the 22 patients who were there, eight would lose the battle and become just a figure for the statistics of world organizations and a source of constant sorrow for those who were waiting for them at home. “We will fight together!”

That first day a friend sent me € 100. Enough to buy fruit and juices for all patients. And of course, let’s not forget that small staff of our infected motel on the outskirts of town. It is amazing what was done in one day thanks to the information and engagement of the woman activist. On the second day, packages of fruit, juices and syrups arrived. People from America, Germany, Austria started calling…

Dina didn’t have time to be sick. She allowed the “crazy” activist in her to lead her through other people’s recoveries and other people’s worries. It is lucky to have a family that loves its activist. All coffee utensils were delivered to the motel at once. And the smell of Bosnian coffee was felt in the isolation ward. The only one in the world! I claim!

And thanks to the smell of coffee and laughter, even the heaviest patients, those who were tied to oxygen like to an umbilical cord, stood up. They all started moving. They drank coffee, and in the rooms where there were two patients each, the conversation began. 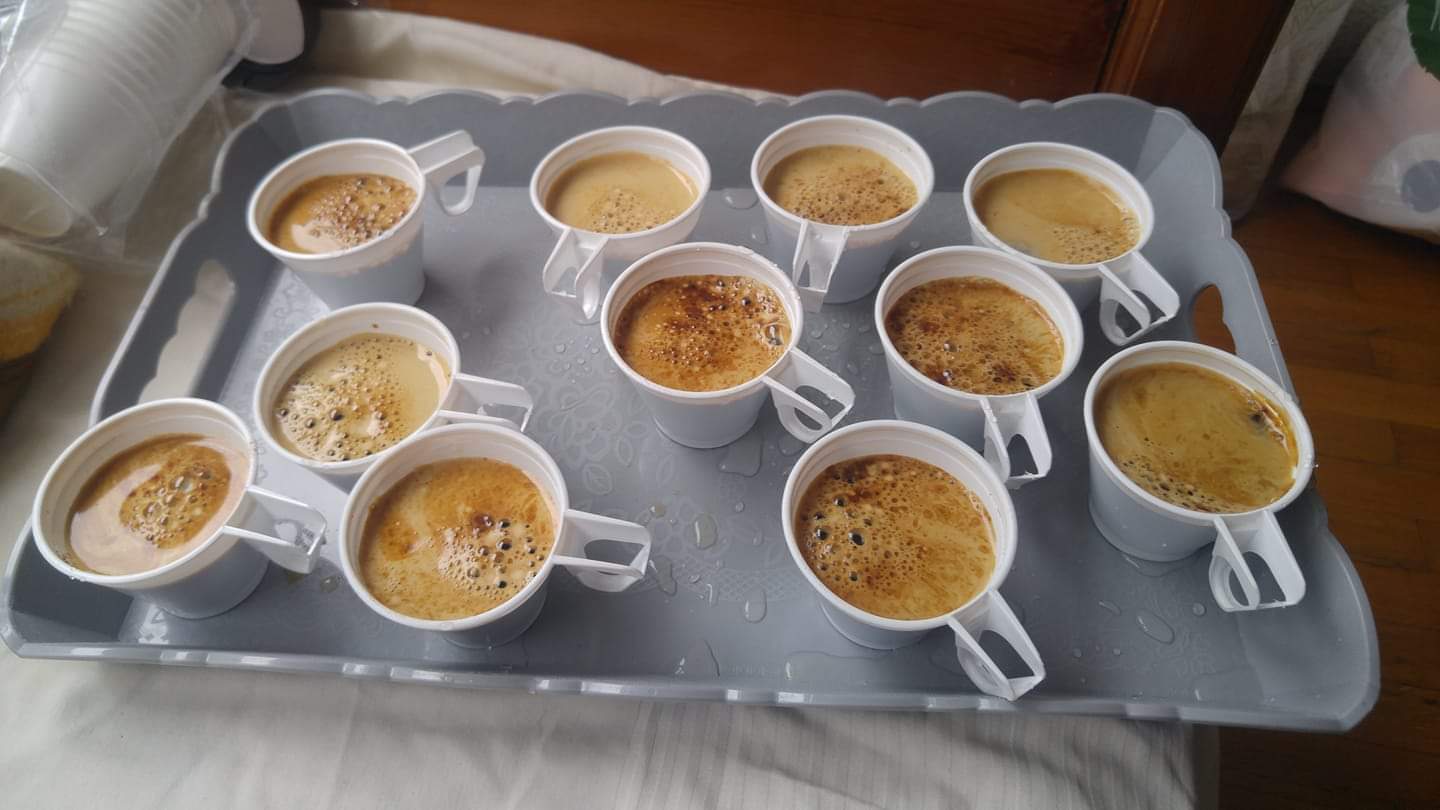 This is our home now and it will be the best it can be in it because we deserve it.

There was no afternoon stillness and silence. I handed out hot tea to patients, and with tea a free joke, laughter and some madness. Blood flowed in people. We lived… lived! I organized hot dinners in the isolation ward so that no one who was afflicted and sick would ever be left without dinner again and so that all patients would be taken care of.

So many donors responded to my call that a hot dinner was secured for the patients of the isolation ward in Konjic for the next three months! Until the end of January 2021! My call for solidarity is still open. And it is no longer important that the system fails, but it is much more important that empathy does not fail and that a lot can be achieved together and in solidarity.

When all this is over, then we will attack the system, and now we will take care of our patients. And love them and bring hot dinners every night. Now we can put two pillows under their heads and if they are cold, we can bring them a spare blanket. I’m sure it’s all healing. Vitamins, medicines, hygiene supplies, fruits and juices overflowed the isolation ward.

The avalanche of love is the greatest driving force in the world. My activist was happy and I was a bit exhausted. Due to the constant care for other patients, my recovery was longer, but I do not regret it. Already on the fourth day of my stay in the isolation ward, all portals spread my statuses from social networks.

All the big media houses came to record the story about the isolation ward where coffee is drunk and the battle for life is fought. Oh, how stupid the word coexistence is! Anyone who has gone through the experience of fighting for their own lives will never think about coexistence in the way it is presented to us.

There is only life! Anyone’s! Any!

That activist of mine even went to the rooms to hold the hand of the patients who were getting ready for the otherworld. Until before dawn, there in someone else’s room, despite the warning, despite the ban… Dina cried, and the activist comforted the patient, laughed and told him that once they got out of here, they would eat a greasiest potato pie with yogurt.

That day when I left the isolation ward, I knew that one part of me had stayed down forever to guard all those who came. And I still wake up at night because I’m worried about Grandpa getting oxygen out of Room 106 in his sleep. And when I wake up, I know he is up in heaven, and asks from above:  “Why did you lie to me that we were going to eat that potato pie?”

My struggle is still going on, one for health, the other for people we must not forget.

Elvedina Dina Alić is an activist for women’s rights and social justice from Konjic. Poet, motivational speaker, president of the NERA Association, mother, friend. Dina’s stories from the isolation ward triggered an avalanche of change and human solidarity. 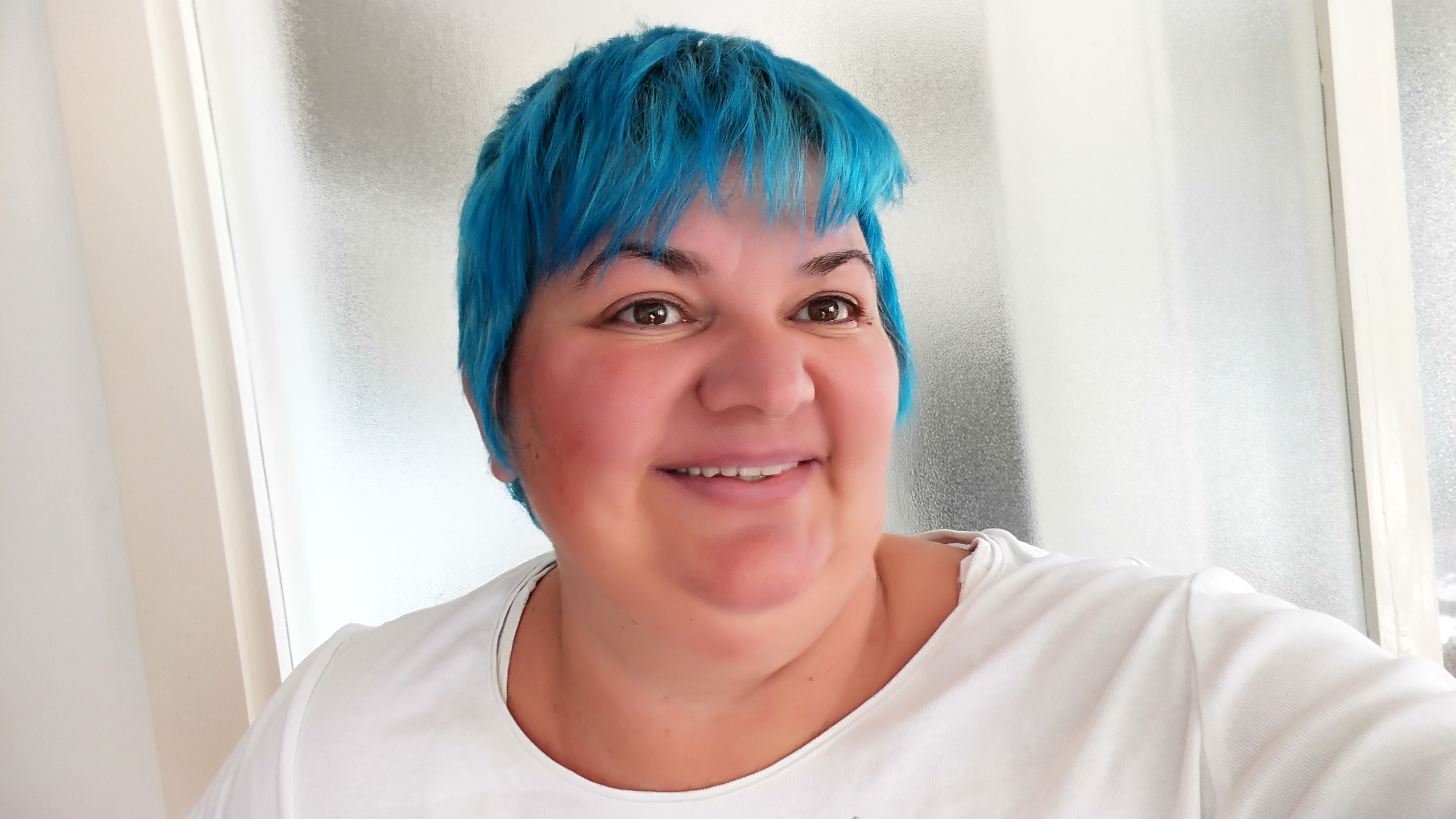