There is no Europe without women’s rights 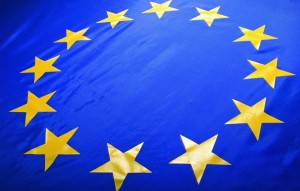 By: Aleksandra Petrić, for Manjine.ba

The European Commission has about a month ago published a report on the progress of Bosnia and Herzegovina on the path to European integration for 2014. This report was perceived by many as the worst so far, and it fully highlighted the lack of collective political will of leaders in Bosnia and Herzegovina in implementing the reforms that are necessary on the way to the European Union. No progress in addressing the key issues related to the political criteria has been made, particularly in terms of the application of the European Court of Human Rights in the Sejdic Finci case. Economic issues, employment and human rights violations are widespread and no visible indicators in terms of improving the application of international standards are made in this area.

As well as government institutions and governance at all levels in Bosnia and Herzegovina goes, the European Commission continues to marginalize the issue of protection of women’s human rights and gender equality, limiting them to the general considerations in the section of the report that deals with human rights, while in the part related to respect for and protection of minority rights, cultural rights, public administration, social policy and the protection of public health, media, unemployment, human trafficking, regional issues and international obligations, as well as other important issues, there are no women mentioned. The report does note the existence of mechanisms for achieving gender equality, and progress in their coordination at the state and entity levels in the field of domestic violence. This claim is not supported by any clear evidence to suggest that this alleged progress and impact on providing access and achieved efficient and sensitized support and assistance to women throughout Bosnia and Herzegovina, who daily continue to be exposed to various forms of violence within the family and outside it.  Alleged progress indicates the fact that women are not protected through the judicial process in acts of violence, and that the criminal policy against perpetrators of violence against women is extremely mild and completely ineffective.

The fact that women do not have access to justice and ability to protect their basic human right to live free from violence and discrimination is only a part of many problems.

The problems of women in BiH will not resolve themselves.

Without a clear position and pressure of the institutions of the European Union on government institutions in Bosnia and Herzegovina to stop the continuous failures, establish clear criteria and practices to ensure the application of formally guaranteed women’s rights, there can be no real progress. Our laws, strategies and action plans, as well as the conventions that we unquestioningly and among the first in the region have signed and ratified will remain in the drawers of Parliament, agencies, centers, offices and contact persons. BiH politicians will continue to wave them during official visits and meetings in the country and abroad.

In early November, a group of activists from Bosnia and Herzegovina, Serbia, Kosovo, Macedonia, Montenegro and Albania had the opportunity to go to Brussels, with the support of the Foundation KtK from Sweden, which has for nearly two decades supported women’s organizations in the Western Balkans. They met with officers and institutions of the European Union, had discussions with representatives of the mission of the Netherlands and Sweden to the EU, visited the European Parliament and discussed with parliamentarians Malin Bjork, a member of the Committee on Women’s Rights and Gender, as well as the members of the Committee on Foreign Affairs.

Messages that they clearly sent out to women and men in the institutions of the European Union are that  solidarity action between activists indicates that progress is possible and that the European Union must establish clear criteria and require the governments in the region to implement formally guaranteed women’s rights in practice, if they are to thrive in the process European integration.

For the next five years, there are going to be new members of the European Union. Politicians need to know that activists from women’s organizations will not allow to be ignored, and that they will also continue to “talk with Brussels”.

Countries in the region, including Bosnia and Herzegovina, will not come to Europe without women.