Women’s Network BiH: Allow women to participate in the governments 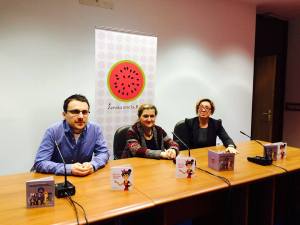 INFOHOUSE Association, Sarajevo Open Centre and CURE Foundation, memeber organizations of the Women’s Network BiH, have today presented the results of monitoring of the general elections 2014, in terms of women’s political participation.

Politicians who will soon perform the public functions in Bosnia and Herzegovina should allow women to participate in government, said the representatives of these three organizations, and also, women should not only be put on candidate lists, but also obtain mandates and decision-making power after the elections.

– Commission for Gender Equality should see how 40 per cent in July mysteriously falls to 19 per cent in November. What happened to the 21 per cent of women? They could not have all gotten sick or had triplets. This is a frightening lack of accountability – says Dženana Alađuz, director of INFOHOUSE.

At the time of government formation, the organizations indicated that the Gender Equality Law must be respected, according to which all state authorities at all levels should have a minimum of 40 percent of women.

– We will ask the new government to introduce female quota of 50 per cent in the Electoral Law. In this way, we will have more women in parliaments – said Saša Gavrić, director of the Sarajevo Open Centre.

He also, believes that the laws governing the choice of governments should change, so that none can be appointed in the governments if both sexes are not represented.

In the past 20 years, he says, there where citizens can choose, in the legislature, we have a certain representation of both sexes, and where political party leaders and decision-makers in the executive branch elect, we do not have almost any woman.

Organizations are analysed what most read print media wrote about the candidate in the last elections, which led to the conclusion that women are under-represented in newspaper articles, on the basis of which if it was not for Željka Cvijanović, says Alađuz, we would not even know that there are women in politics.