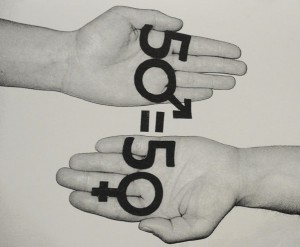 Women’s Network Bosnia and Herzegovina, which consists of women’s NGOs, women’s groups and individuals that advocate for feminist principles in their activities, requires the Agency for Gender Equality BiH to rename the „Gender Week“ in „Week of human rights for women and girls“. The event is planned to take place in the period from 03rd to 07th March 2014, on the occasion of International Women’s Day.

Women’s Network Bosnia and Herzegovina consideres it very important not to lose the significance of celebrating March 8th and it is not to be replaced with the alternative that uses neutral concept of gender, as it is not targeted exclusively to the human rights of women and girls.

We do not want to compromise when it comes to women’s human rights and celebration on March 8th. The way this week is niow is irresistibly reminiscent of showbiz event type, like Fashion Week, and devalues ​​and trivializes the heroic struggle of women against discrimination, exploitation and violence.