Participation of women in BiH in politics – Current status 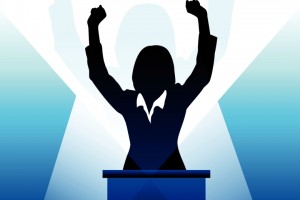 There is a large number of factors that have the influence on wishes and possibilities of women to participate actively in political processes. Those factors are education, professional and social status, development of democratic institutions, influence of female organizations, and estimation of possibilities in achievement support in election campaigns. Environment and traditional understanding  of gender roles affect  the active political participation of women. Political parties have the biggest power in increasing chances for women  in legislative power.

In 1995 there was only 11.3% of women in parliaments across the world, and in January  2014. that percentage was 21.8%. In worldwide list of representation women in parliament Bosnia and Herzegovina with 21.4% takes sixty ninth place, Croatia with 23.8% takes sixtieth place, and Serbia with 33.6% takes twenty seventh place.  Only country in region that has 30% of women in parliament is Albania. Bosnia and Herzegovina shares the last place with Lebanon, Pakistan, San Marino, Saudi Arabia, Solomon Islands. The thing that all these countries have in common is the fact that there are no women in ministry position.

There are special rules that influence on composition of parliament. Affirmative quotas are temporary measures which determinate minimum proportion number  the less represented gender. Quota electoral system is considered as compensation for social obstacles that stopped women to take place they deserve. Closed and strictly structured lists of candidates provides bigger chances for equal possibilities for less represented gender. Women’s quota in BiH was introduced for the first time after local elections in 1997. There had to be minimum three women among the first ten candidates on selection list. On election in 2000. open lists model take place. That decreases chances for women to get support.  There was also harmonization with Gender equality law by adopting Law of amendments on election law in BiH.

Gender equality in political life is the most important factor for achieving gender equality in one society. It is very important that distribution of functions in politic parties is equal. It is also important that more women are motivated and included in making political programs and making decisions. It is necessary that political parties advocate these changes in a public way towards society to affirm women. And society must demand better position for women in political life, punish political subjects because of marginalisation of the largest part of Bosnian society, but also to reward those parties who made the intro democratization and shown recognition of important issues for gender equality.