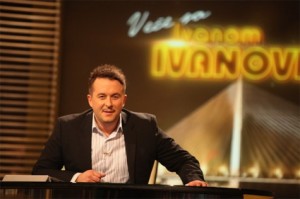 Public reaction of WNBiH on the occasion of unprofessional and sexist statements of Ivan Ivanović, a talk show host at Prva.rs TV

Jokes about rape and sexual violence against women are not funny, and must be eliminated from public discourse! In the show “Evening with Ivan Ivan Ivanović”, aired 29/11/2014 at Banja Luka ATV, the talk show host said that “since 1995 there has been an increased number of Bosnian women who had children before the age of 15 and they later say that the Blue Helmets were not doing anything over there,” alluding to the presence of UN forces in Bosnia and Herzegovina during the aggression. The video is available here.

Ivanović offended more than 50,000 women who were brutally raped or surviving any form of sexual torture during the aggression on Bosnia and Herzegovina with this statement, and in this way connected these atrocities with members of the UN. We believe that such statements should not be allowed and tolerated in public discourse. WNBiH is of the opinion that the sexist and offensive statements must be suspended and that all persons are responsible for their sexist behavior.

On behalf WNBiH, its members, organizations from the whole of Bosnia and Herzegovina, we condemn all forms of violence and discrimination against women. We request from all relevant persons and the Communications Regulatory Agency of Bosnia and Herzegovina to urgently take actions against Alternative Television that broadcasted this disputable footage.

We invite the public and all civil society organizations, both from the territory of Bosnia and Herzegovina, and from Serbia, to react and demand that Ivan Ivanović publicly apologizes through the media, for the violation of the dignity of women and treating women as sex objects to make fun of, especially women who during the ’90s endured various forms of torture.

On behalf of the Women’s Network BiH