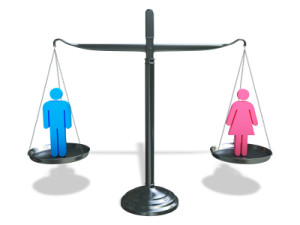 In this request, the parties are were reminded about the Gender Equality Law, which in its ninth part – PUBLIC LIFE in Article 20 says:

(1) State authorities at all levels of government and local authorities, including legislative, executive and judicial authorities, political parties, legal persons with public authorities, legal entities that are owned or controlled by the state, entity, cantonal, city or municipality or whose work is in control by a public authority, shall ensure and promote equal gender representation in management, decision making and representation. This obligation exists for all authorized proponents during the election of representatives and delegations to international organizations and bodies.

(2) Equal representation of the sexes exists in the case when one of the sexes is represented with at least 40% of the bodies referred to in paragraph (1) of this Article.

(3) Gender (sex) based discrimination is considered to be in a situation where there is no equal representation in paragraph (2) of this Article.

(4) The bodies referred to in paragraph (1) of this Article, in order to achieve equal gender representation and eliminate discrimination, shall adopt special measures prescribed in Article 8 of this Act.

In the process of forming a new government, the Women’s Network BiH expect full compliance and consistent application of the Gender Equality Law by political parties. Equal gender representation must be guaranteed in the cases of:

– Appointment of Parliamentary/Assembly committees;
– The election of Chairmen/ Presidents and deputies of chairpersons/vice presidents of the parliaments/assemblies;
– Election of the Head of the governments and ministers.

In addition to this application, states that in the coming period the Election Law has to be reformed so that the next general elections do not have only equal gender representation of at least  40% of the electoral lists, but also the assemblies/parliaments. Only in this manner the Gender Equality Law would be fully respected.

The original request in B/H/S languages can be found here.