Public reaction regarding the threats to activist of UDIK – Edvin Čudić 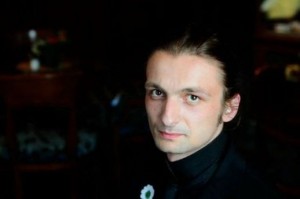 After protests held on 02/07/2014 in Brčko, which were coordinated by a peace activist and coordinator of the Association for Social Research and Communication (UDIK) Edvin Kanka Čudić, he was faced with threats to his life and freedom.

Threats to Edvin Kanka Čudić were largely motivated by his work in the field of journalism and investigations of war crimes on the territory of Bosnia and Herzegovina. Individuals have used his engagement in these areas to characterize him as “nationalist leader of Bosniaks against the Serbs” through social networks.

Edvin Kanka Čudić sought to the protests, which were aimed to support the protests throughout Bosnia and Herzegovina against the dysfunctional government, coordinated in a way to honor the vote of every citizen, as well as to prevent all forms of violence, destruction and damaging of the state institutions property.

We believe that every citizen of Bosnia and Herzegovina should have the right to freedom of assembly and nonviolent expression.

On this occasion, we appeal to the authorities of Bosnia and Herzegovina to react and condemn the spread of racial, national and religious intolerance.